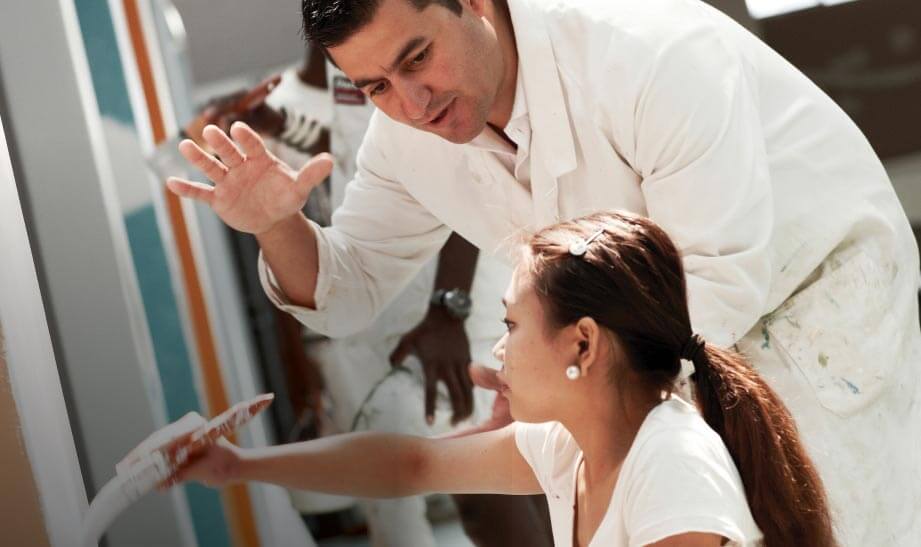 Poor policing of unregistered painters in Western Australia is creating an expensive risk for home-owners, particularly new home buyers, with a knock-on effect for the painting and decorating industry.

President of Master Painters & Decorators Australia [MP&DA], Gary Cox, says the Building Commission within the Department of Mines and Energy is failing in its duty to police rogues in the painting industry. Consumers, along with legitimate registered painters, are paying the price.

“We are calling on the State Government to acknowledge the important role industry representatives, such as Master Painters & Decorators Australia, can play in providing accurate relevant information, assistance in developing policy, and policing the industry,” Mr Cox said.

“In the six years since the Minister for Commerce abolished the Painters Registration Board and rescinded the Painters Act, the Building Commission appears to be losing the fight against unregistered painters with no qualifications or insurance, and others who are providing substandard work.

“To date, our calls for the Building Commission to provide an effective compliance framework that protects the community and supports the industry through investigation, mediation and resolution of complaints, have fallen on deaf ears.

“As an industry, we employ more than 12,000 people in WA, including hundreds of apprentices, and we are valuable contributors to the State’s economy and community. We’re tired of being told the Commission is cutting back and can’t afford to do its job properly,” Mr Cox said.

“The Commission has positioned itself as the arbitrator and policing unit for our industry but it is too slow-acting to be effective and is ignoring the industry’s efforts to assist.”

According to MP&DA CEO, Amanda Dawes, before the Commission took control, the industry association had worked well with the Painters Registration Board, enjoying a high degree of goodwill.

“Before 2013 we shared industry intelligence and worked collaboratively with the Painters Registration Board to ensure that consumers could be confident the painters they were hiring were qualified, registered and accountable,” Ms Dawes said.