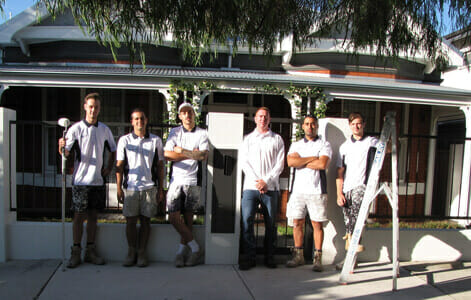 Winning an MP&DA DuluxGroup Award for Excellence and being runner-up for Small Business of the Year, has been a great start to 2019 for Joel Dimasi and Nu-Vision Painting Service.

Joel represents a new generation of MP&DA members; creative, innovative and taking on new and exciting projects that raise standards and showcase the importance of professional painting and decorating in today’s commercial world.

Joel credits his success to his outstanding team, Daniel Dahdal, Calen Stefani, Marco Chiari and apprentices Riley Matthews and Jhye Wait, saying they have done extremely well not only in the award entries but for the past eight years since the business began.

Riley also entered the MP&DA Apprenticeship of the Year Competition last year and put in a great effort, completing all elements in good time.

“This is the first time we’ve entered any awards and we had the good fortune to be involved in a stellar project that gave us the opportunity to pitch ourselves against the best in the State.

“When I saw the drawings for this project, I just had to be involved,” Joel said.

“It was a heritage-listed building on a large block in the heart of inner-city Perth, however the extension at the back was ultra-modern on three levels, including a pool.

“Our contribution to this project involved a broad range of surfaces and skills – it was challenging, but very rewarding.”

Joel started Nu-Vision in 2011 after learning the trade from respected masters. His driving force was the satisfaction he gets from taking a tired space and making it new and exciting, hence the name of his business.

Joel has a unique blend of creativity and business acumen. The same skills that helped him succeed in the music industry in the mid 2000’s, is steering Nu-Vision today.

Interestingly, there are many parallels between Joel’s two career passions; music and painting. Both rely on the careful selection of team members, pitching for the jobs that are best for the business, keeping the workflow constant and having a feel for what the customer wants.

Nu-Vision covers a broad range of services including commercial and residential, repaints and new builds, government contracting, and subcontracting on large private projects. 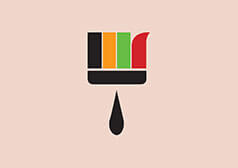 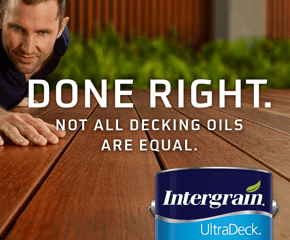